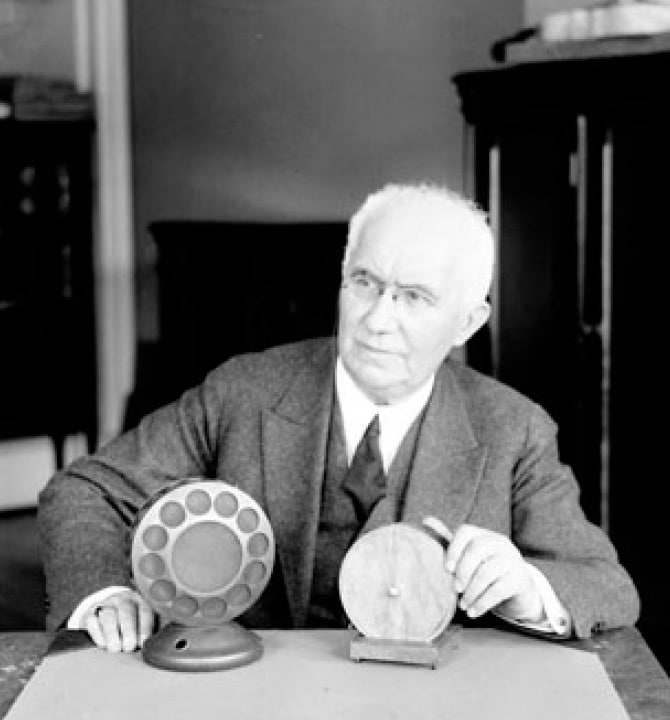 Emile Berliner poses with his inventions: a transmitter and a microphone for the telephone. His prototype microphone is on the right.

Born in Hanover, Germany, in 1851, Emile Berliner immigrated to the United States in 1870 where he proceeded to become a self-taught scientist and an inventor. He made his first significant breakthrough in 1877, when he invented a microphone that revolutionized the telephone industry.  Over the years, he would invent several other items, in a variety of fields, but none better known than his famous gramophone and accompanying flat disks for which he was granted a US patent in 1887.  Ten years later, the inventor sought and obtained a Canadian patent for the same invention and, shortly thereafter, opened an office in Montreal.

Over the next 25 years, working in association with related enterprises in the USA, Britain and Germany, Berliner was to preside over the rise of the industry he helped to create and see his invention blanket the whole of the planet.  He passed away in 1929, recognized by all as a giant in the development of modern technology.