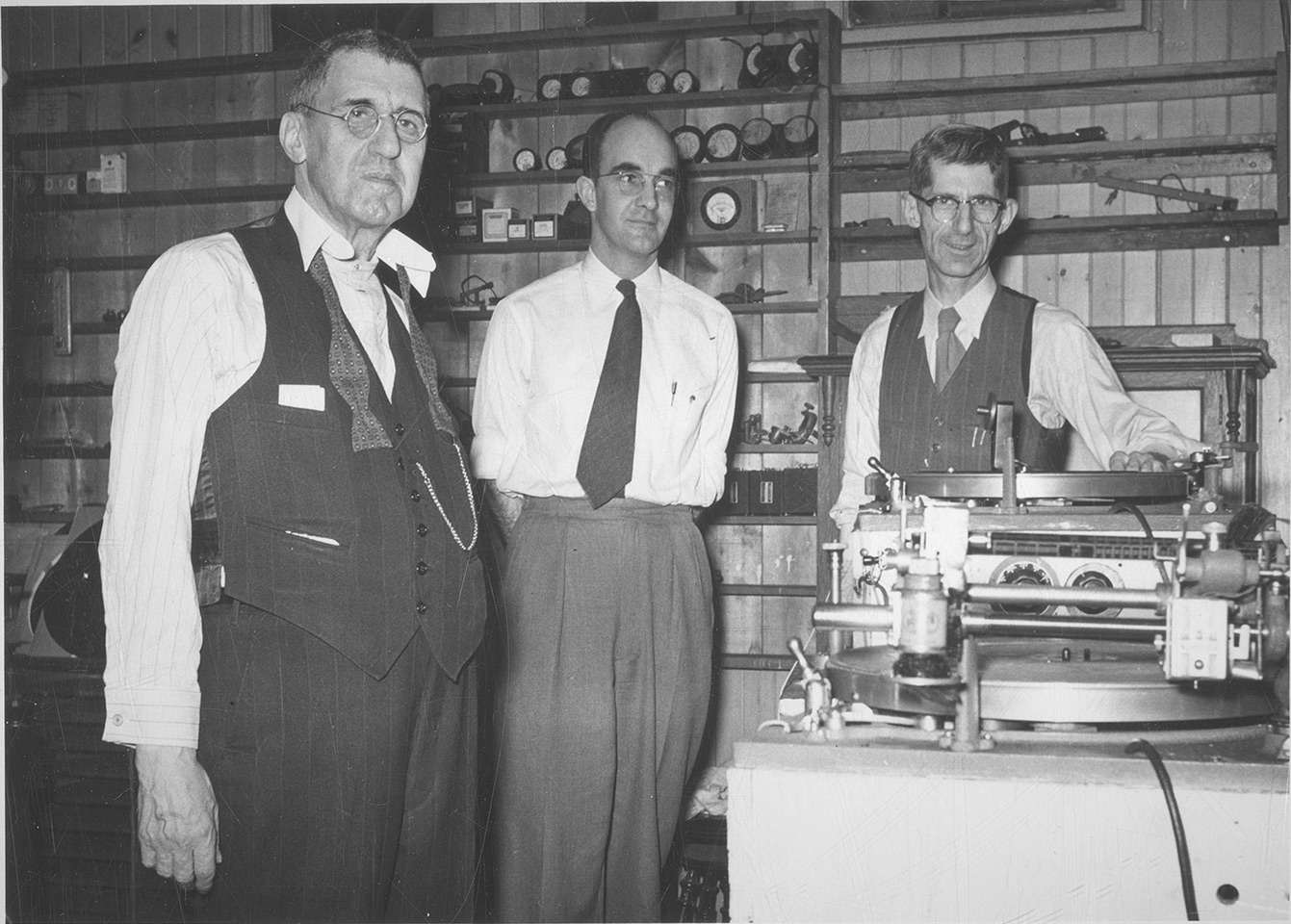 In 1948, John R. Bradley became H. S. Berliner’s assistant, a position he held until 1966.  His responsibilities included recording and producing artists for Compo’s labels in Montreal and New York. He was also responsible for researching and implementing the latest in disk cutting technology and, later, for acquiring tape recording technology.

After the studio closed, he was made responsible for the custom record division of Compo in Lachine, which pressed records for outside labels including Capitol, London, Polydor and Trans-Canada.  When MCA closed the Lachine Plant and opened a new facility, Bradley was involved in the design of the plant and later was put in charge of the tape duplicating division.  He left the company in 1972 and joined Decca/London where, in 1979, he became the head of the tape duplication, disk mastering and custom record department until his retirement in 1988.

Mr. Bradley is remembered as the mentor and teacher of a whole generation of disk mastering specialists including Émile Lépine and Sabin Brunet among others.