Guy Charbonneau is a pioneer in the sound recording industry. He is passionate, genuine and unpretentious. He was born in 1945 in Rigaud, Quebec.

By 1969 he was operating a cutting-edge audio store, Filtronique. A business based on Lajeunesse Street in Montreal. This is where it all started.

“My story begins in 1973, when a well-known Montreal radio station (CFGL which is then operated by Jean-Pierre Coallier) came to my high-end audiophile store to ask for advice on recording a TV show. live music. I not only supplied the equipment, but then recorded over 50 shows for Canadian radio and television. My three long-standing obsessions – music, audio electronics, and cars – inevitably led me to design my first mobile studio named Filtroson“.

The Filtroson mobile was fashioned on a custom built 16′ long box. Inside is a Studer A80 recorder, custom made JBL monitors and a Neve console with (24) 1073 preamp.

In 1977, Le Mobile was designed and built. “It was the only truck of its kind in Canada, and it combined my passion for customizing cars with a new talent found for on-site recording. At that time, I was using a truck with a gasoline engine, knowing that I would eventually switch it to a diesel. In this new design of the truck you can find a pair of Studer A800s and a Neve 8058 console with Necam faders ”.
“In 1980, I updated The Mobile by replacing the Chevy truck with a new GMC General diesel, the same truck that is still under The Mobile today. I moved to New York which became my base of operations”.
Now the dimensions of the truck are 12’6 “high, 102” wide, 35 feet long. The box is 25 feet long.
4 years later in 1984, there followed a permanent move to Southern California with the acquisition of Leed Rehearsal Studio in North Hollywood.

In early 1990, The Mobile moved to Vista in northern San Diego County CA.
Over the years, with the advent of digitalization, several technical improvements have occurred, including the installation of a Pro-Tools HD10 with Apple MacPro computers.
In 1996, acquisition of Studer Digital
In 2001, the initial ProTools of 48 tracks and will be quickly increased by 96 additional tracks to give a possibility of 128 tracks.
In 2006, Le Mobile bought its permanent home in Carlsbad, California.
In 2016 switched to a fiber system with the addition of Neve preamp and upgrade from 32 to 56. Also, addition of Grace & Millenia preamp up to 96 analog preamps. Regarding the “Fiber system connecting to the Neve”, Jean Luc Louradour made circuits to adapt the signal to the analog preamp. The truck uses hybrid technology.
Finally, to complete, an addition of an additional preamp for a total of 128 entries (modifications made during the first six months).

Here you can visit the truck from inside and outside with a 3D tour. Note, you will have access to a full screen option to see a more immersive environment. 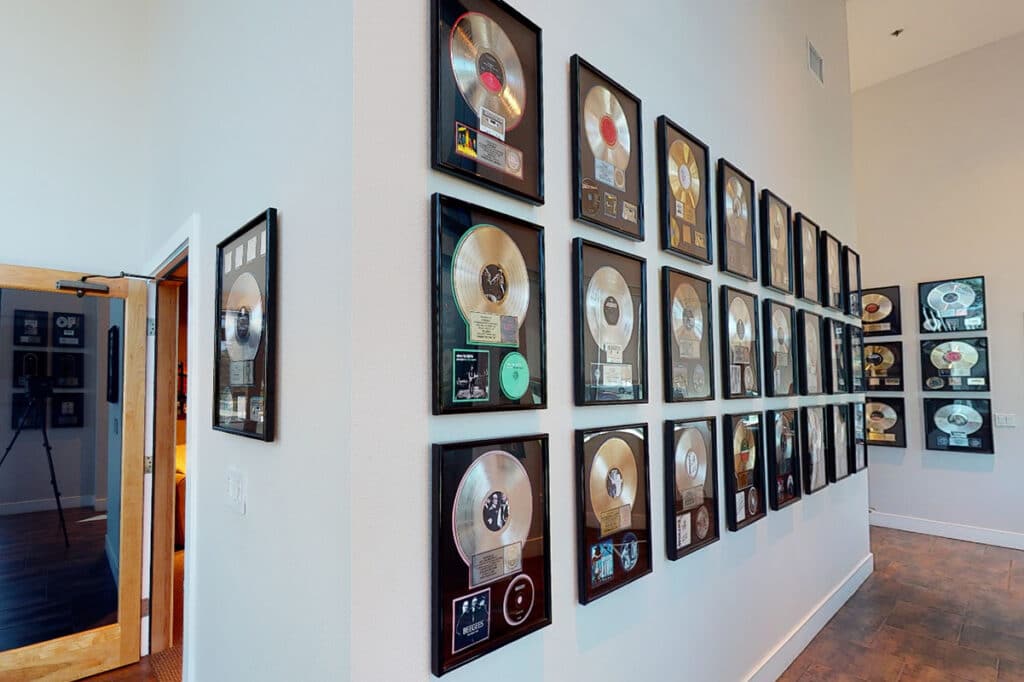