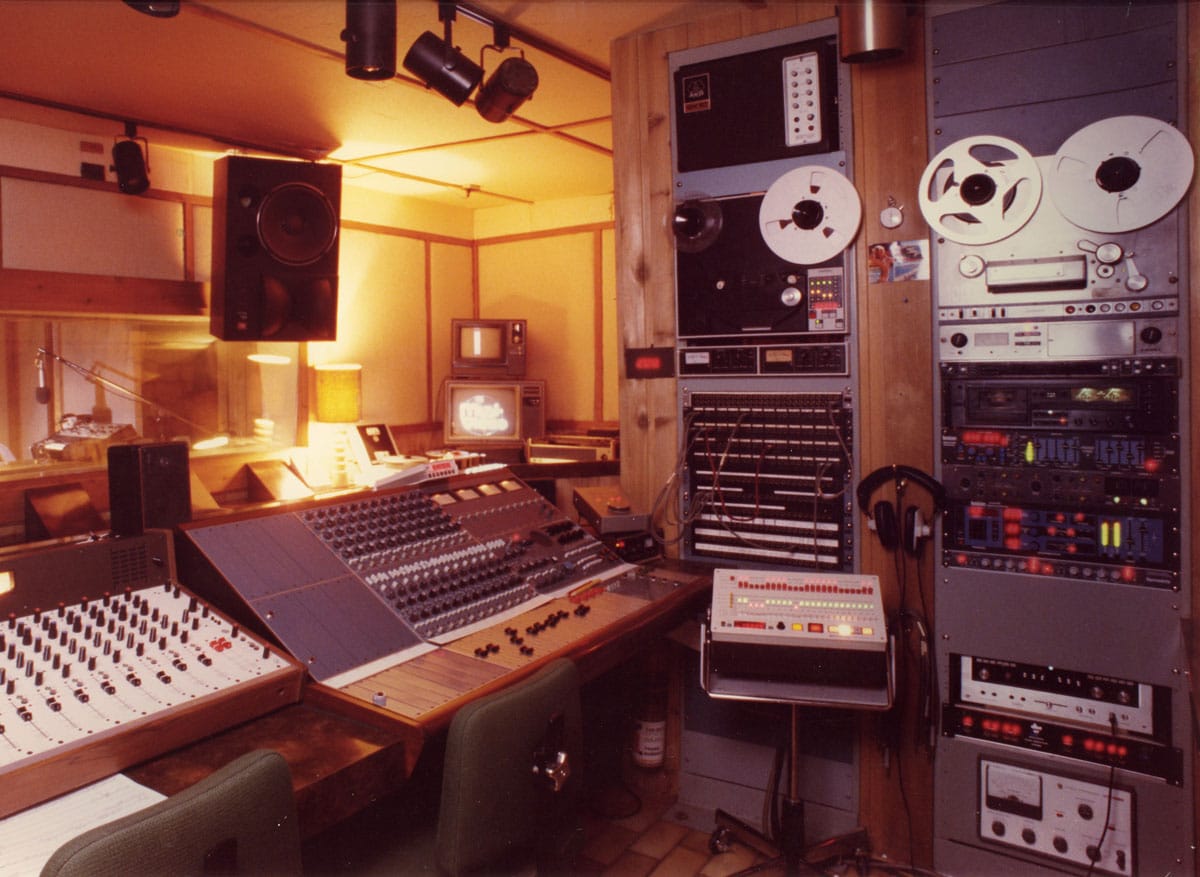 Michel Fontaine built a great reputation at Studio Marko for ten years (1963-1973) but in late 1973, he decides to take the biggest gamble of his life. That is to leave his mentor Jean-Marc Audet and start his own recording studio.

Studio Fontaine is born and settles right away at 1110 Bleury Street 4th Floor, downtown Montreal. This was possible with the help of good friends and financial backers like: Jacques Proulx (1935-2013) famous morning man at “CKAC” radio and prestigious French news anchor Jean-Paul Nolet (1924-2000).

Studio Fontaine begins operating in late 1973 and from the start enjoys great success. Mr. Fontaine had cultivated great relationship with all the elite talent of that era during his years at Studio Marko and those artists followed him to Studio Fontaine. People like comedian Roland Chenail (1921-2010), comedian René Caron (1925-2016) and George Morris (1942-2021) of Listen Audio, just to name a few.

In its heyday in the late 70’s early 80’s, Studio Fontaine is already one of the top recording studios in Montreal, specializing in audio recordings for radio and TV commercials and audio-visual super productions for clients like Avon, Air Canada, Kraft Foods, John Deere, Salomon, Canadian Tire, Pharmaprix, Northern Telecom and many more. It also services all these clients with massive dubbing operations and shipping to all the radio stations across Quebec.

Of course, all the top ad agencies in Quebec made sure that their biggest accounts were served at Studio Fontaine. Like Group Marketel, BCP, McKim, Young & Rubican, Vickers & Benson, Ogilvy, Multiscope and many more.

Michel Fontaine would have been proud to see his recording studio in good hands for the future and his legacy still alive and well!