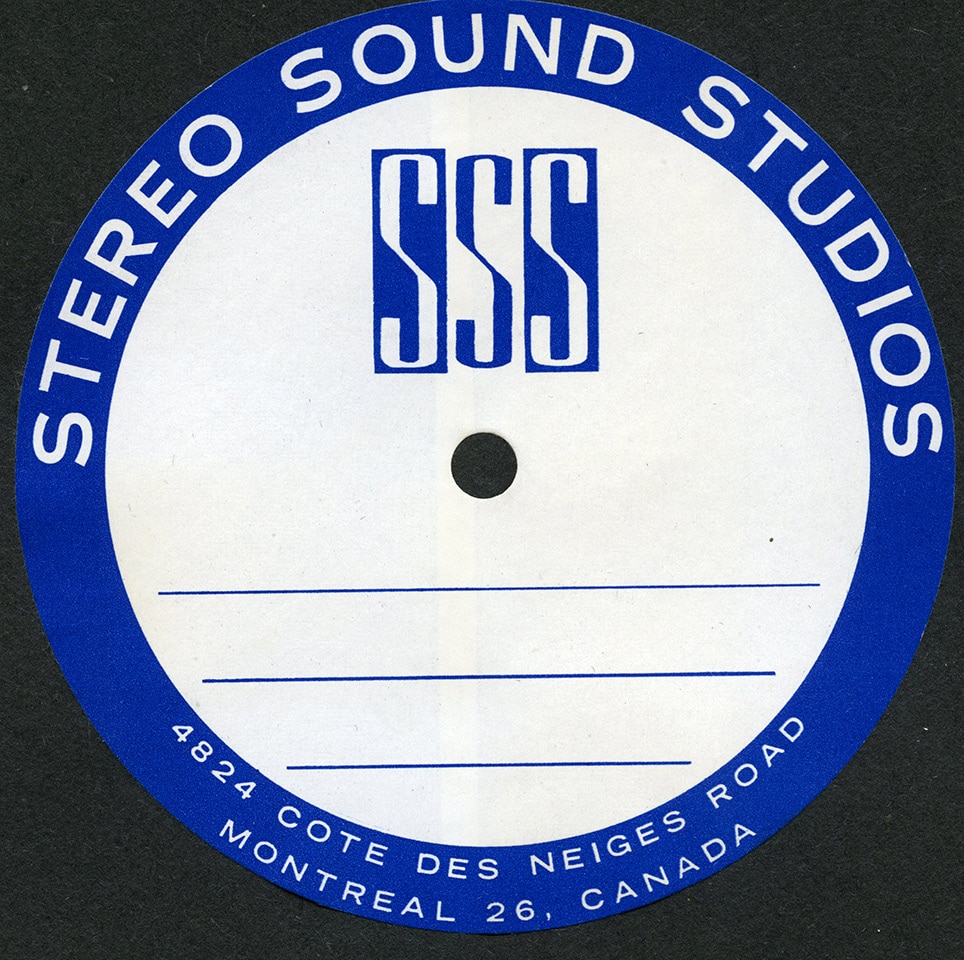 In 1954, Maurice Bougie and Jack Raskin opened their studio in a basement apartment space on Mountain Street.  Paul-Emile Mongeau was the chief technician. Stereosound was accessible to the multitude of up and coming rockers and pop music artists of the time.  In 1963, the studio moved to the top floor of the converted film studio on Côte des Neiges, previously used by CFCF.  At the time, it was by far the largest studio in town, so it was the only place suited to large groups of musicians.  In the early 60s, every major Quebec pop star recorded there, including all of the “YéYé” groups, Robert Charlebois, Ginette Reno, Renée Martel, Michelle Richard and Gilles Valiquette – to name but a few.  In fact, Stéphane Venne’s theme for Expo ’67, “Un jour, un jour”, was recorded in this studio, as well as many recordings for the CBC and Radio-Canada. In 1970, Denis Pantis bought the studio, but not the name, and later moved it to a smaller space on the ground floor of the same building.  Jack Raskin moved out West and Maurice Bougie along with Paul-Emile Mongeau re-opened Stereosound in a smaller space on d’Orléans street where the studio exists to this day.  Recordists over the years have included Gaétan Desbiens, Pierre “Pete” Tessier and Michel Lachance.