At the dawning of the 20th century, numerous inventors contributed to radically changing our world. One of these pioneers, Guglielmo Marconi, turned the world of communications upside down. His invention of the wireless telegraph made distances disappear. The Marconi name became synonymous with wireless communications the world over. It gave birth to a brotherhood of highly qualified technicians. The company, which bears his name, became an international network of companies. Moreover, especially important for Montrealers; it was one of the first high technology enterprises to be established in our region.

The Musée des ondes Emile Berliner will present an exhibition dedicated to the inventor of wireless telegraphy, Guglielmo Marconi and the Montreal company that bears his name, the Canadian Marconi Company.

You will discover how the transmissions of the distress signals from the Titanic changed the world of telecommunications forever. You will also be interested to learn that first radio station in the world to broadcast programming was XWA, which later changed its call letters to CFCF. Propriety of Marconi, CFCF began broadcasting programmes from their studio in the Marconi factory on William Street, in the southwest part of Montreal. As well, the exhibition will have on display, a number of radios, televisions and promotional objects from Marconi Company primarily from the collection of the Musée des ondes Emile Berliner. The exhibition includes a variety of radios from the years 1920 to 1970, each one as captivating as the next.

The Marconi exhibition received financial support from the Entente sur the développement culturel de Montréal (the Agreement on the cultural development of Montreal) reached between the City of Montreal and the Ministère de la Culture and des Communications du Québec (the Ministry of Culture and Communications of Quebec).

The museum also wishes to extend its thanks to Imperial Tobacco Limited for its continued support. 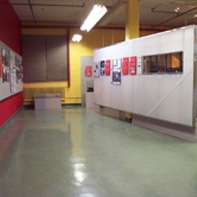 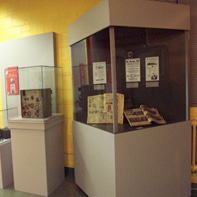 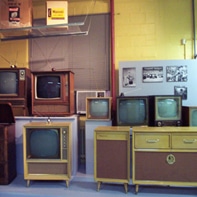