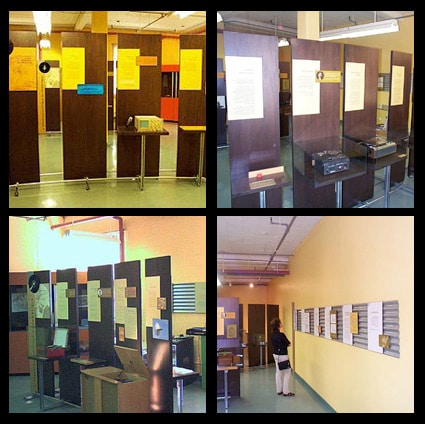 The science exhibition “The Audio Chain” will present the technological evolution of devices for the recording and reproduction of sound.

A transient and intangible phenomenon, sound has always fascinated people. Indeed, as long ago as the 5th century B.C., Greek sages had discovered that there was a mathematical relationship between musical notes. Two centuries later, the philosopher Chrysippus described the vibratory nature of sound waves.

These studies marked the beginning of an odyssey that would eventually lead to our understanding of sound and to the development of modern devices for the recording and reproduction of sound. Numerous researchers and inventors have contributed to the improving our understanding of sound. Today, the quest for perfect sound reproduction continues with the development of digital devices.

“The Audio Chain” will allow the visitor to learn about the different technologies that led to the creation of modern machines for sound reproduction. This exhibition presents a variety of machines each more fascinating than the last, including Edison’s phonograph and the Berliner gramophone plus many other pieces of equipment.

Besides presenting objects related to the understanding of sound, “The Audio Chain” illustrates the physical properties of sound waves. Frequency, amplitude, the timbre of sound as well as a number of other scientific ideas are explained in a simple and accessible way. The exhibition will also include several interactive displays to help visitors understand the operation of the various devices.

The exhibition “The Audio Chain” is being produced with the financial assistance from the programme Étalez votre science (Show off your Science) of the Ministère de la culture and des communications du Québec (the Ministry of Culture and Communications of Quebec). 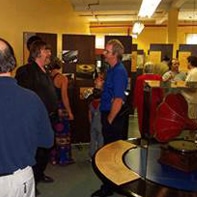 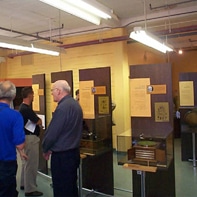