Treasures from the collection of the MOEB… 10 years of donations 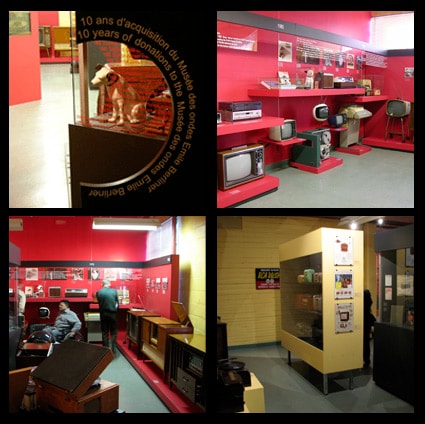 Period: From January to December 2006

The collection now numbers nearly 2500 objects and more than 8000 records. By the beginning of the year 2006, more than 200 donors will have contributed to the enrichment of the collection of the Musée des ondes Emile Berliner. Some contributors have offered more than 100 objects at a time, while others only one or two. But each and every one has participated in the establishment of a collection that is becoming increasingly interesting from a historical point of view, as well as a technological one.

Those who donate to the museum come from all walks of life: they include Quebec institutions, personalities from the arts, former RCA Victor employees, collectors or simply individuals. However, they all have one thing in common – a respect for the preservation of our heritage and the importance of the gesture represented by the donation of an object to a museum. The Musée des ondes Emile Berliner has an acquisition committee that evaluates each object offered to the museum and decides if it should become part of the collection. This exhibition includes about 200 objects. Many others could have been chosen. The selection was difficult, since our collection includes numerous objects of obvious historical, aesthetic and technological interest. The objects are presented in chronological order and to show the evolution of the technology of sound throughout the 20th century.