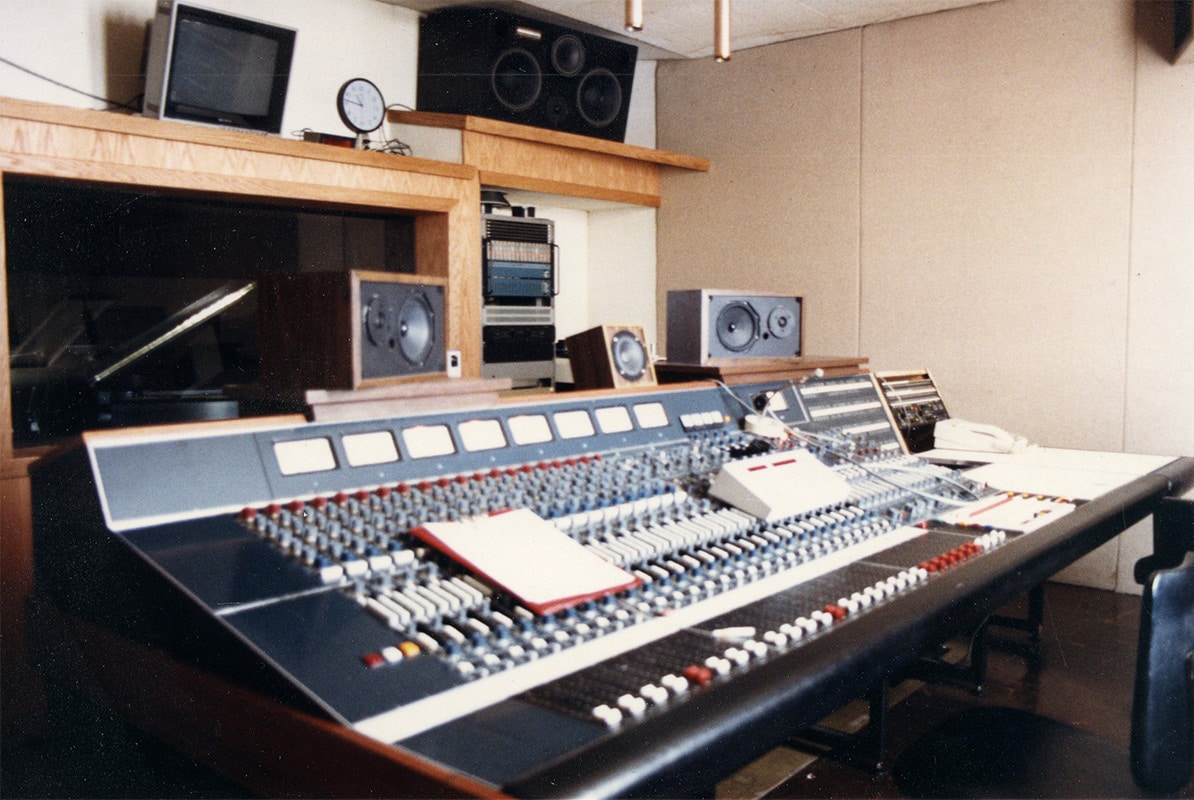 At the end of the 1960s and throughout the 1970s, as young sound engineers came into their own, many new enterprising studios appeared on the Montreal scene.

During the ’60, he began to produce the first francophone rock’n’roll records ever produced in Quebec.  In 1962, he met Michèle Richard and produced the “Twiste avec Michèle” album, which sold over 100 000 copies. In 1964, Pantis introduced the Jeunesse label under which were produce Gilles Brown’s “Ce soir” and the Classels’ “Avant de me dire adieu”, among other great songs

In 1965, Pantis created Télédisc, which regrouped the Bel Canto, Sultans, Bel-Airs and Mersey’s, César et les Romains, the Gendarmes, the Chanceliers and the Milady’s. Two years later, he founded les Industries Denis Pantis. He then introduced a third label on the market, DSP, and signed artists such as Renée Martel and Michel Pagliaro.  Then, in 1969, he purchased the equipment of Stereosound and opened Studio DSP where numerous stars recorded throughout the 1970s. Since 1981, Denis Pantis has headed les Disques Mérite and devotes most of his energies in promoting the catalogue of Quebec artists from the 50s, 60s and 70s.

In November of 1972, after less than 2 years in operation, André Perry sold his new studio at 1135 Amherst Square to André Bruneau, a financier and amateur musician, and record producer Gilles Talbot.  The studio’s name was changed to Les Studios de Son Québec and Bernard Dubost was appointed General Manager.  The equipment remained essentially the same as in Perry’s time – Neve recording consoles, Ampex 8 and 16-track recorders.  The complex housed 3 studios, including a very large one which could hold up to 50 musicians. In 1974-75 the studio was equipped for 24-track recording.  Over the years, the studio has recorded numerous albums for major Quebec artists. They also produced many radio and TV commercials, which were the mainstay of the business.  In 1977, Bernard Dubost bought the business outright and remained the owner until his retirement in 1991.  He sold it at that time to its present owners, le Groupe Modulations – an audio/video post-production house.

This commercial production house in Place Youville in the heart of Old Montreal has been producing award winning radio and TV commercials since the early 70s.  Owned and operated by well-known radio announcer George Morris, it produces ads for General Motors, Air Canada, Participaction, Petro Canada and others.  It has a music recording studio equipped with a Neve console and Studer tape machines as well as a second, smaller production studio.

In 1976, a consortium of 12 partners including Michel Ethier, Pierre Tessier, Yves Senecal, Stéphane Venne, Marcel Lefebvre and others, opened this 24-track facility in Longueuil.  In the mid-1980s, the Studio St-Charles was acquired by the TVA television network, and in 1996 it was closed.  Over the years, the studio’s engineers have included Michel Ethier, Pierre Tessier, Ambroise Dufresne and René Godbout.

This studio was designed by John Edwards of Los Angeles in the late 70s and was part of the Télé-Métropole complex at Papineau and de Maisonneuve.  It was used to record music for television programmes and was operated by Michel Ethier.  When TVA acquired Studio St-Charles in the late 80s, the studio was divided into three audio postproduction suites.

In 1979, Normand Rodrigue and Stanley Brown left Listen! Audio to open their own studio on Place Royale in Old Montreal.  They wanted to produce audio/visuals and slide presentations.  Studio Place Royale flourished and by 1986 they needed a larger space.  In 1987, the studio moved to a new location on the top floor of the building at 640 St-Paul West.  Along with the move came a second studio and a name change.  The company was now known as Audio Postproduction SPR.  Since that time the studio has continued to grow and expand.  It now boasts six state-of-the-art studios and a copy centre.  The recordings include everything from voice-overs, dubbing, sound effects, to film mixes in Dolby 5.1 surround.  SPR has become one of Montreal’s busiest post-production facilities and has won many awards along the way.  Its projects extend from corporate videos to television commercials, TV series and feature films.