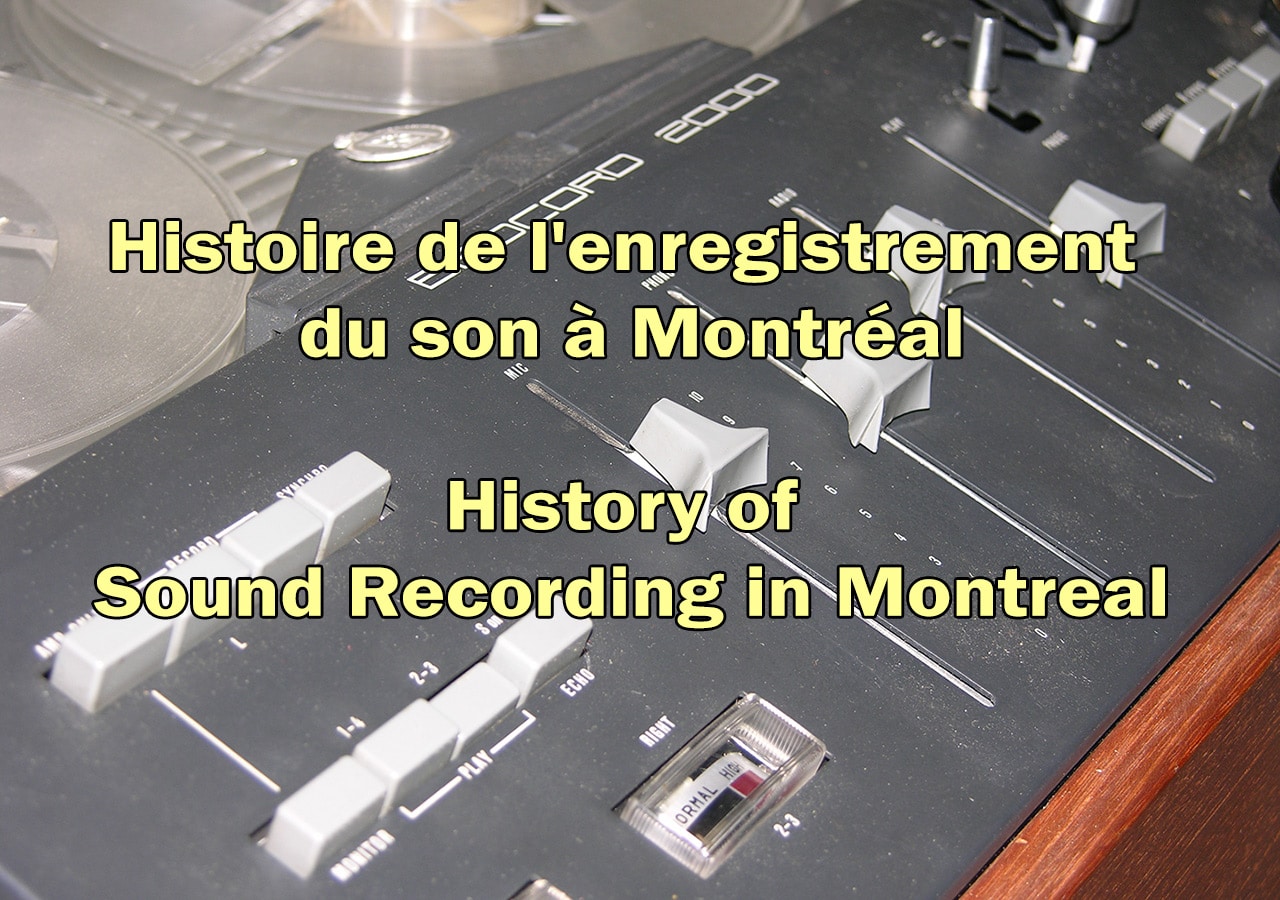 History of Sound Recording in Montreal

This virtual exhibition was created to pay homage to all those who have participated directly or indirectly in this fascinating story.

If you think that you can contribute documents or archives in order to improve this exhibition, do not hesitate to contact us.

An industry in transition; the digital era

In 1981, Sony introduced its first Pulse-Code-Modulation (PCM) recorders: the PCM-F10 and the portable PCM-F1 digital audio recorders.  These reasonably priced machines allowed the recording of digital audio on any standard videotape format, from Beta to VHS to U-matic.  Other systems, including the processes developed by Decca and Soundstream had preceded them, but the technology was proprietary and prohibitively expensive.  Later, Sony introduced several refinements in the PCM-701ESD (1983); the PCM-601ESD (1985) and the PCM-501-ESD (1987).  These machines became instantly obsolete when the Digital Audio Tape (DAT) recorder was introduced in 1987. The DAT machine, at a cost of about $7,000 compared to about $30,000 for a tape recorder, soon […]